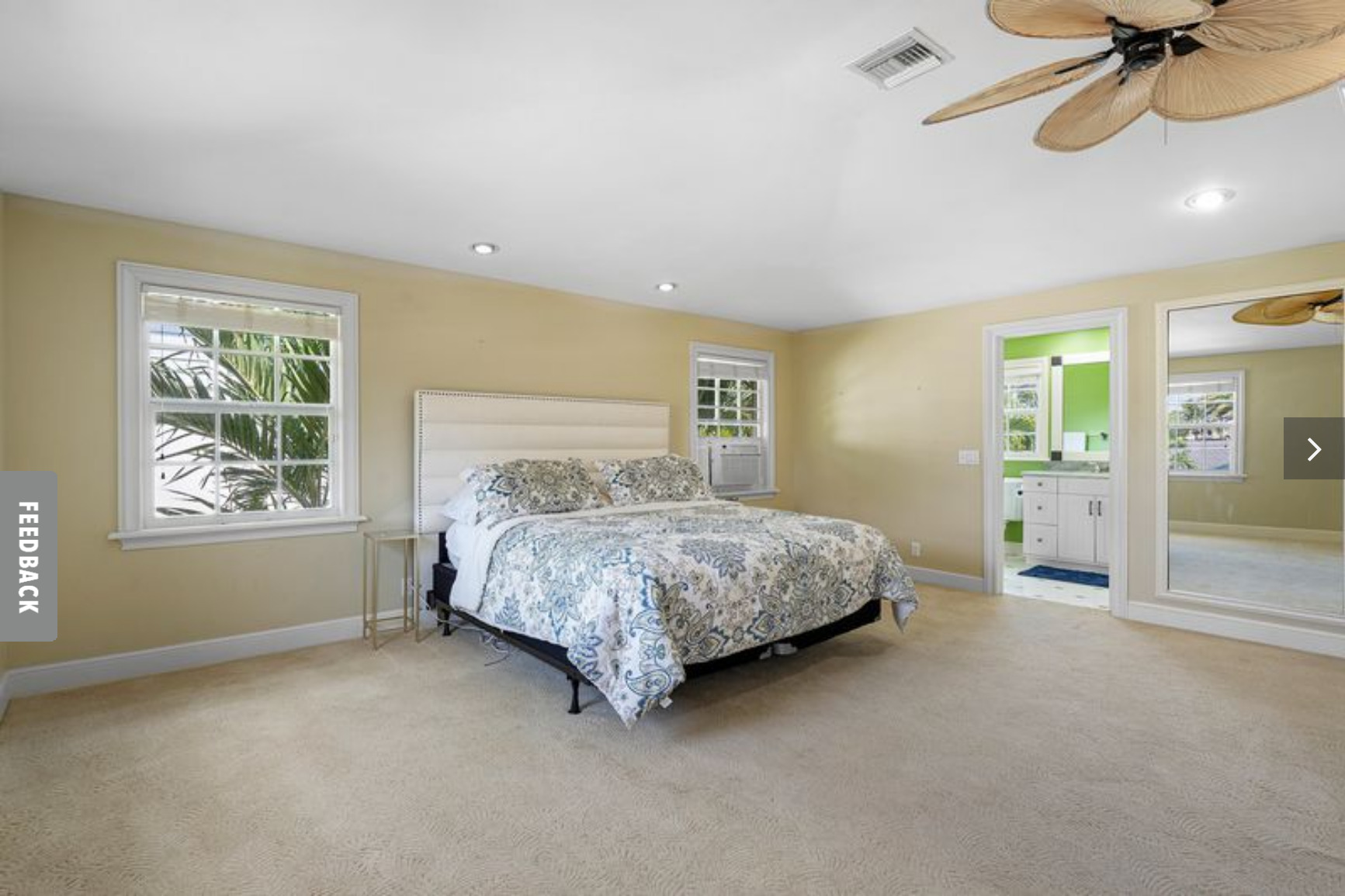 This waterfront home in Delray Beach features two master suites, travertine marble and hickory wood floors, a lanai with a summer kitchen and a dock. The two-story home is listed for $1.475 million. (Living Proof Photography / Courtesy)

By Robyn A. Friedman

The 3,348-square-foot, two-story home, at 928 Bolender Drive, is currently listed for $1.475 million. It has four bedrooms, three baths, a kitchen with white plantation-style cabinets, stainless-steel appliances and granite countertops; two master suites; and travertine marble and hickory wood floors throughout. Outside, there?s a pool and a covered lanai with a summer kitchen. The house was built in 1963.

The quarter-acre lot has 95 linear feet of water frontage on a canal leading to the Intracoastal Waterway and a multi-level dock with a 30,000-pound boat lift. It?s located in the Tropic Isle neighborhood of Delray Beach.

?Tropic Isle is a waterfront community that?s zoned for Boca Raton schools,? said Sean Mooney, a real estate agent at brokerage Sutter & Nugent LLC in Delray Beach, who holds the listing with colleague James Lopez. ?You?re a mile from the beach and a five-minute drive to Atlantic Avenue, so it?s kind of a hot spot.?

Eifert purchased the property in May 2018 for $1.3 million. It originally hit the market in April for $1.495 million, but the price was dropped in May to $1.475 million. Mooney said that Eifert was previously using the property as a vacation home during the off-season.

Mooney expects the property to appeal to a vacation-home buyer. He said that most of the potential buyers who have viewed the house are from out of state and are looking for a second home.

?It kind of has a Key West vibe that people desire in a second home,? he said. ?Not too many people who live in this area live there full time.?

Eifert was drafted by the Cincinnati Bengals in the first round of the 2013 NFL draft. He played for the Bengals for seven seasons before signing with the Jaguars as a free agent. He made the Pro Bowl in 2015.