Through immigrant stories, a portrait of America 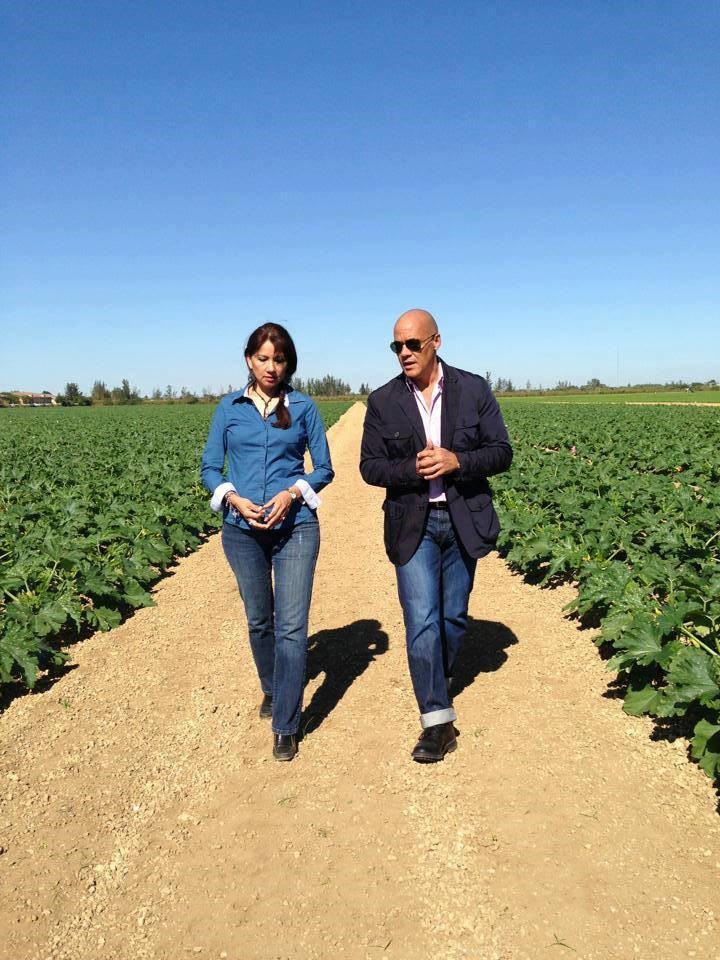 Tony Hernandez is documenting the lives of “unsung heroes,” from celebrities to those less known. The stories are needed now more than ever, he says.

MIAMI ? What does a college president, a member of Congress, a Grammy award-winning singer, a migrant farm worker and a World War II veteran have in common?

They are all immigrants who have been profiled by the Immigrant Archive Project.

For the past 10 years, Miami-based media veteran and entrepreneur Tony Hernandez, 56, has been recording and documenting the stories, from touching to awe-inspiring, that detail the journeys that thousands of Americans have made from all over the world.

From doctors to celebrities to farm workers, all the stories are different, yet so many have a universal quality to them.

?It?s the stories of people who come to the country and manage to move their family forward exponentially in one generation. A lot of them are the unsung heroes,? he said.

Hernandez has interviewed over 2,000 people across the U.S. who have immigrated from countries like Mexico, Brazil, Guatemala, China, Japan, Poland, Hungary, South Africa and others. He finds people through contacts and social media while some reach out to him through his website.

Interviews have aired on television, radio, and many are available on the project?s website. Some teachers even show interviews in their classrooms as part of their lesson plans.

The interviews, which Hernandez condenses into a couple of minutes, capture the hardships immigrants face when they come to the U.S., but also show how they have led to successful careers and personal lives.

Hernandez was born in Cuba. After his family came to the U.S. when he was young, they settled in Union City, New Jersey, near New York City. It is a predominantly Hispanic but diverse community, and virtually everyone he grew up with was an immigrant or the child of immigrants. Hernandez said that although most of the neighborhood kids he played with came from families that did not have much, most became successful. He credits the immigrants? work ethic and the value they place on education for the achievements of his peers.

?I grew up around all these immigrant stories,? Hernandez said.

Around 2008, Hernandez noticed the tone people used to talk about immigrants had changed.

?There was a lot happening around that time that perhaps went unseen or unnoticed for a lot of people but bothered me tremendously,? he said.

Hernandez said some cable news networks were vilifying immigrants. ?I felt it was very unfair,? he said.

?So perhaps a little naively, I thought what if we gave the average person access to those dinner table conversations I grew up around, maybe they would understand the immigrant a little bit better,? Hernandez said.

Hernandez said he never imagined he would still be interviewing immigrants now.

?There is more hateful rhetoric now than there was 10 years ago. It?s needed now more than ever,? he said.

President Donald Trump has framed his hardline immigration rhetoric and policies as an effort to put America first, arguing that immigrants take jobs away from Americans, lower wages and are a burden to taxpayers. But some, like Hernandez, argue that immigrants, both low-skilled and high-skilled, are vital to this country.

?Whenever immigration has become politicized, which is exactly what?s happened, whenever politicians take immigration and weaponize it for their own gain, there is tremendous backlash,? Hernandez said.

The immigration topic has polarized the country. More than half of Americans do not approve of how Trump has handled immigration, while 44 percent say they approve of his work, according to a recent survey conducted by PBS NewsHour, NPR, and Marist.

For Hernandez, all the interviews he has recorded are extremely special to him. He has interviewed celebrities like the singers Luis Fonsi, Carlos Vives and Jos? Jos? and the actor Edward James Olmos.

The singer Jenni Rivera’s last interview before dying in a plane crash was for the Immigrant Archive Project.

But for Hernandez, it’s not necessarily celebrity interviews that are most inspiring. Everyone loves stories of people pulling themselves up by their bootstraps.

For Hernandez, Brian Mendoza?s inspirational is one that struck a chord. Mendoza, a California-based young immigrant, lost his parents in a car accident when he was a teenager. Unable to speak English, a police officer broke the news to him by showing him a picture of his parents in the morgue.

Mendoza was eventually adopted and raised by a Puerto Rican police officer who tracked him down after seeing him in news reports.

The story of actor Antonio Jaramillo, who spent years at a Mexican orphanage with his brother until his mother returned for them, is also incredibly memorable to Hernandez. Jaramillo’s mother had placed them at the orphanage because she couldn’t afford to raise them and returned after spending time working in the U.S. and saving enough money.

Hernandez said presidential inaugural poet, Richard Blanco, described the immigrant experience best during his interview when he said “that story of the immigrant is America.” Blanco was born in Spain and immigrated to the U.S. as an infant with his Cuban exile family.

Next year, Hernandez is taking the Immigrant Archive Project a step further by establishing a college scholarship fund for immigrants and the children of immigrants who are the first in the family to attend college. He recently set up a GoFundMe page to raise money. ?Education is a way out of poverty. If you can get the first one across the line, many more in the family will follow,? Hernandez said.

For Hernandez, the Immigrant Archive Project has ?been the most rewarding thing I have done in my entire professional career.?